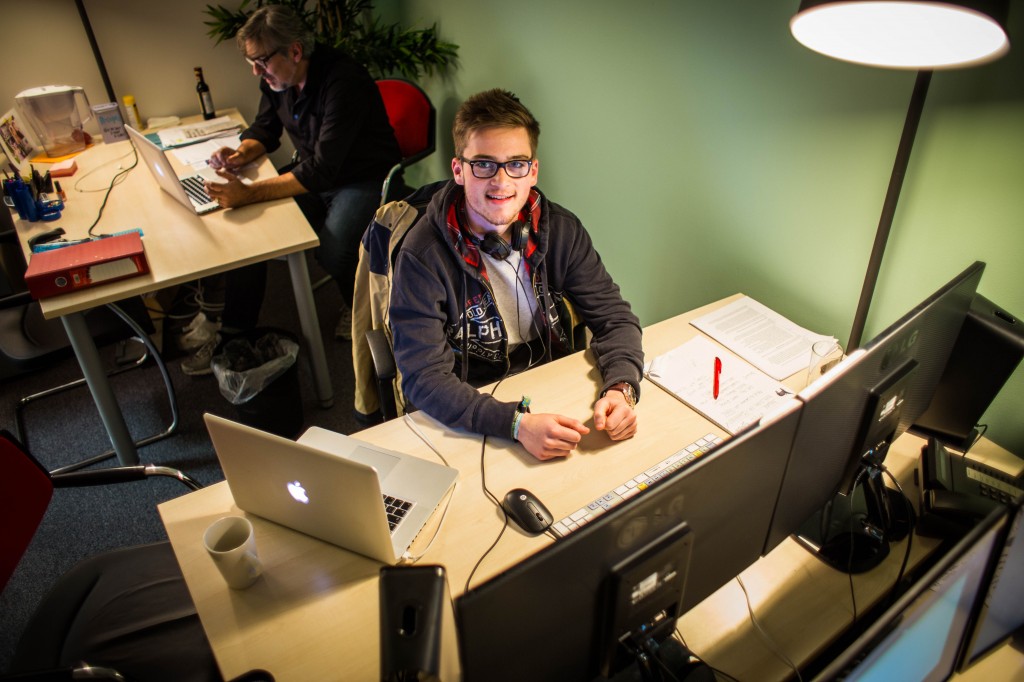 Over the coming weeks we will be introducing the people at Mindset – both the full time employees and Directors as well as the talented and carefully chosen freelance team, all of whom work together on any given project to deliver the best result possible.

This week we would like to introduce Reg, Mindset’s newest full-time employee. Reg joined us over the summer on a short term contract, but we soon recognised his talent and dedication, so we decided to snap him up and make him part of the full-time team.

Then: Reg finished his two year Extended Level 3 Diploma in Film and TV Production at East Surrey College in July this year. To balance his hard working student life he perfected his pint-pouring and cocktail shaking skills at a local bar and just recently finished working as a production assistant on location for Star Wars Episode 7, due for release December 2015.

Now: Reg is ably supporting the film and editing team at Mindset and has a keen eye for detail, composition and framing. He has fitted in perfectly to the team and the culture here at Mindset, mainly due to his good nature and amazing attitude to getting stuck in and work hard. Plus he’s slowly but surely getting used to the occasional 4.30am wake-up call when we’ve got to be out filming on-site!

Future: Soon Reg will be taking responsibility for projects from start to finish rather than just concentrating on a single component such as filming or editing. He will eventually oversee lots of aspects of any video or project and along with the more experienced (i.e old!) members of the team he will also instinctively challenge the briefs that we are given and look for creative, inspiring and exciting responses and executions, which is the ethos at Mindset.

Strengths: The desire to over succeed in an industry that stretches the boundaries of creativity and originality. Oh – and also the enviable ability to name and make over 18 varieties of cocktails!

Weaknesses: Forgetting the names and how to make over 18 varieties of cocktails having drunk the first five…