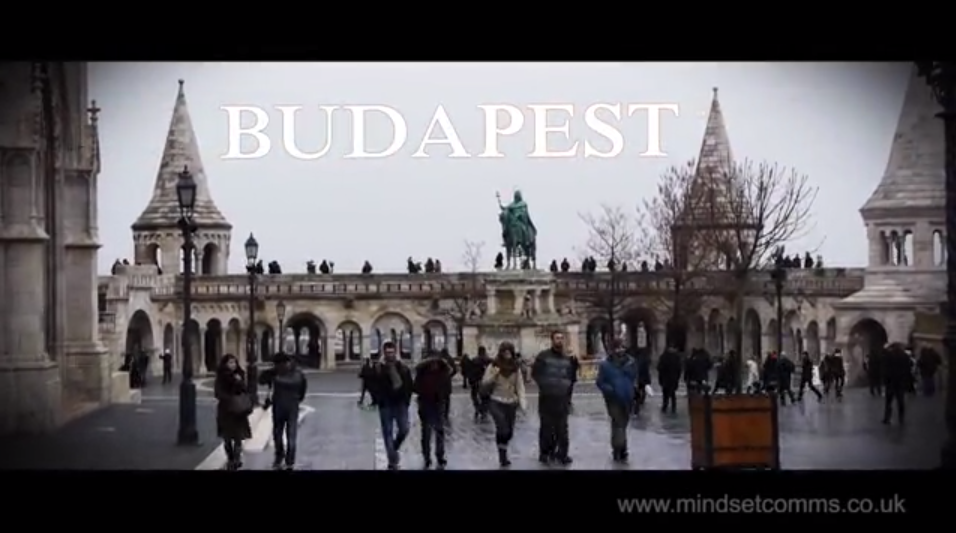 Budapest has long been recommended to us as a destination for a leisure weekend, but it was also a city whose name came up time and again as an advocated destination for conferences and incentives.

We thought we’d check it out!

So on a cold weekend in late January, selflessly in the name of research of course, we decided to go and see firsthand what the capital of Hungary has to offer and just why it is that so many people extol the virtues of a city that was once part of the Eastern Block.

Sitting down to put my experience to paper, I wondered which perspective to write from – a tourist or a conference, incentive and event planner?

I saw the city from both angles, so forgive the rather merged mish-mash of observations and recommendations.

Cited as one of the most beautiful destinations in Europe, Budapest is the largest city and the capital of Hungary. It manages to combine the classically historic with the cosmopolitan; yet its rich and often turbulent history is evident at every turn, almost surprising you at every corner.

Our guide pointed out bullet holes on many of the building exteriors; still visible from WW2, beautiful bridges that had been painstakingly rebuilt after having been destroyed during the same war, and we even visited ‘The Terror House’ – a fascinating (and sometimes harrowing) museum, that once housed the secret police and their terrifying death chambers during the communist years.

But that all said, nothing can prepare you for the beauty of the architecture that greets you as you look down the long streets at the turn of every corner. If you worry about your delegates spending their downtime in a “normal” looking city with little to do, then this place is the polar opposite.

The city is divided into two parts by the River Danube (said only to appear blue to those in love), and it has a long list of World Heritage Sites including the banks of the Danube, the Buda Castle Quarter, Andrássy Avenue, Heroes’ Square and the Millennium Underground Railway, which is the second oldest in the world. There’s certainly enough here to interest the most discerning delegate and also to entertain those looking for more lively activities in their down time. For the latter type of delegate this is especially true in the Jewish Quarter where you will find the most incredible bars. Called Ruin Bars. They need to be seen to be believed.

Other highlights for incentive or excursion choices include a total of 80 geothermal springs, the world’s largest thermal water cave system, second largest synagogue, and third largest Parliament building – the architecture and sheer grandeur of which easily rivals its counterpart in London. The hour-long tour of the Parliament is well worth the time. It’s informative and brief enough to really maintain interest and would be a super individual option or group excursion during a residential conference in the city.

Venues and spaces in Budapest

There are numerous venues and spaces that would host a truly memorable gala dinner – the newly constructed ‘whale building’ on the riverfront, the Fisherman’s Bastion on the Buda side of the river, whilst the Danube itself offers a range of activities and dining experiences in the shape of river cruises.

Segways can even be hired if one wants a different vantage point of the city.

The Four Seasons Gresham Palace Hotel is a must for the more discerning group for whom budget is no concern, as is the more contemporary-feeling Buddha-Bar Hotel. A cream tea at the acclaimed New York Café (located within the upmarket Boscolo Hotel) is jaw dropping, both in terns of the opulent surroundings and the overall experience.

There are, of course, numerous hotels that are more budget-friendly and these are as equally central as those mentioned above; there are a couple of very decent Hilton Hotels, a Sofitel, an Intercontinental, to name a few.

Much like any capital city, there is simply too much to see and do in two short days as we did on our recce. However it was very quickly apparent that this is a city with a very rich history – a history until fairly recently was turbulent and thought provoking. It is a city that is proud of its heritage and also how far it has come since the communist rule.

It is vibrant, cosmopolitan and welcoming and would, in our opinion, provide a diverse, memorable and dramatic backdrop for a residential conference or incentive trip.

If you’d like more information on Budapest, please don’t hesitate to contact us and we can run you through the various conference options.