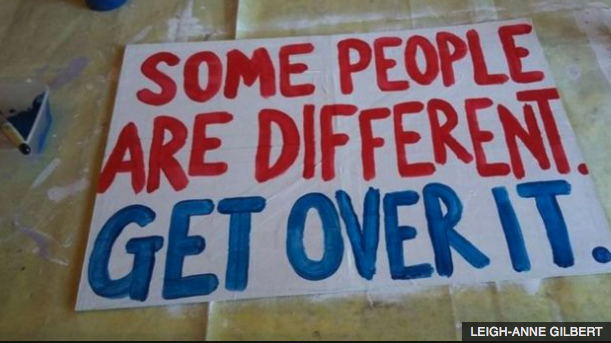 I want to start by reiterating that this isn’t a political blog. Instead I wanted to examine the psychology of what is happening in America at the moment.

With the Presidency of the U.S. changing, and more so, with the dramatic differences in personality between Trump and Obama. It made me think about how this correlates to what can be done at your annual conference to harness the power of your individual team members and the coming together under one roof. Let me explain…

We’re observing a marmite effect in the States with the new president. With this division comes a great example of how human-beings tick. Bringing this closer to home, this could be a company exchanging an old CEO for new. Both of whom maybe have very difference approaches to management.

I’d like to focus on those who are not big fans of the new leader to try and show what the point of this blog is.

Some people are expressing themselves by saying that they feel the new President will ignore them and plough through with the policies that he wants regardless of ‘how they feel’. And those are important words: how they feel. That’s their perception whether it’s true or not. They are shouting out, essentially saying “listen to me and listen to what’s important to me. I don’t agree with you. You don’t represent my values”.

This represents the same reaction that you often get when a new or old influential leader in a company says or does something that doesn’t sit well with the workforce. You get a reaction. (Albeit often the negative conversations happen at the coffee machines or after work in the pub and sadly not, out in the open and within ear-shot of the people who really need to hear them). So how do you combat this? How do you negate these effects?

…by listening to the opinions of others and working with them to create collaboration. When people enter into a dialogic flow, great things are created. New ideas are born, stronger relationships are forged, stress is relieved as you don’t feel like you’re fighting against others. Dialogue doesn’t happen when you have strongly opinionated people coming together, bulldozing through with their own agenda, and not listening to each other.

So the situation in America can actually teach us a lot about how to work with teams of people.

Let me introduce you to; Stephen Covey, the world-famous leadership expert, he often talks about something he calls “inside-out thinking”. In other words, if you want to progress in life you have to do so by rubbing along nicely with other people. If you try and force other people to adopt your opinion, you’ll most likely have a life full of resistance as you go through it. For senior leaders this can be quite damaging, as often the real opinions of a workforce go ‘underground’, so you remain blissfully unaware of what the real problems really are.

Inside-out thinking is where, in order to influence another person or a team, you need first of all to understand all about what makes them tick. Then when you have information about that person; information that you can work with to help change your approach in order to get into a dialogic, collaborative conversation. The more respect you show each other, the stronger the relationship, less resistance and safer the environment for airing your concerns, worries and vulnerabilities. As you get to know each other better, then you understand to work together in a stronger way.

It strikes me that there is a lot of the opposite happening currently in foreign politics; and the impression it’s giving is that of “outside-in” thinking. Lots of impositions of strong opinions onto others in the hope that these ‘others’ will crumble and change their opinions over time. Sadly, it rarely works like that.

Whilst it can work in the short-term, results usually come about through anxiety by these ‘others’ to whom I referred above. Anxiety about the potential consequences of not doing what they’ve been told to do. Whether this works in the short-term or not, for me, it’s more important to look at the long-term gain. I just feel that over time, outside-in thinking will create greater division, greater polarity, greater resistance and less collaboration.

So, Inside-out or Outside -in. Which one will create the greatest results?

All I know is that, from what I have seen in business, outside-in thinking rarely gets the long-term desired results. And why when Mindset put on a conference we incorporate Inside-out team building exercises to harness collaboration. Getting colleagues to know each other on a deeper level and really knowing that makes each other tick. It’s one of the reasons why the teams who attend Mindset’s conferences see positive differences not only straight after but also for months and years to follow.

Want to have a chat about the psychology that we put into this approach and how it could be used for your next conferences, then please get in touch  +44 1737 243 030